Present in Toronto the GIFFT of Canada

In the summer of 2004, audiences looked on in disbelief as the Greek National Football Team, a country that had never previously won a single match in a major tournament, took down the giants of world football to become the unlikeliest of European Champions.

The architect behind this unprecedented triumph was legendary German football coach ‘King’ Otto Rehhagel. After accomplishing every major success in Germany, he made the bold decision to leave all he knew behind and work in a foreign country with the underachieving Greek National Team.

This is the story of how these two contrasting cultures came together to speak the same language and write a new chapter of Greek mythology. The revival brings back something almost lost, the customs and ethos of a people of another era and an oral tradition that was once a way of life.

The archaic bagpipe is now being assimilated by the contemporary music scene and fused with modern sounds, beyond the realm of traditional festivals, thus acquiring a young audience and enjoying great appeal throughout Greece and the world. Watch King Otto in Canada. Key Casts: Traianos Dellas, Panagiotis Fyssas, Vassilis Gagatsis 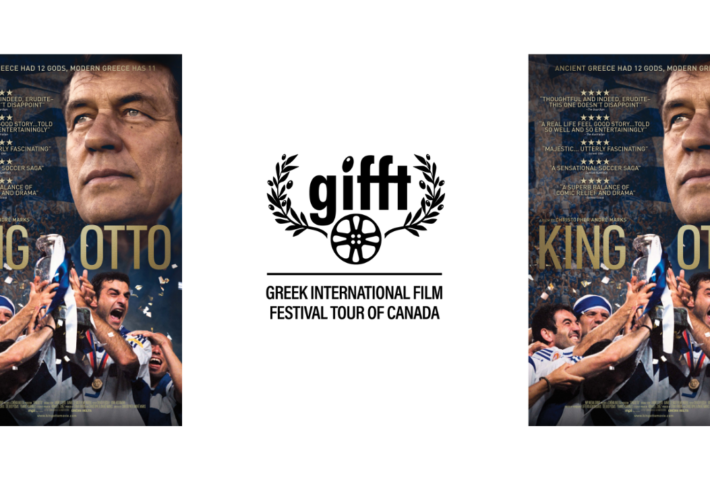 Itoc is a multimedia company that promotes unity among the many cultures from around the world. Based in Canada, our goal is to show how Canadians lead unity around the globe. Multicultural/Multilingual is an outdated format that does not allow us to share what we all have in common. The English language. Itoc Media is breaking away from the traditional silos that have been built and have replaced “Multicultural” with “Intercultural”. Our diverse programming is in English, but the flavour is the different cultures we all share. We are more than a traditional media company. Itoc Media Corporation is an integration of video, audio and social media as one platform. Our dream is to bring people together and breakdown the stereotypes of racism. Let's showcase the different cultures and reveal how much we all have in common. You Talk , We Talk, Itoc!