Alkinoos Ioannidis and the Greek Music Ensemble in Boston...

Alkinoos Ioannidis fuses the old tradition of troubadours with contemporary music, touring the world for almost three decades and sharing the feelings, thoughts, dreams, and realities that all humans experience. His amalgamation of Middle Eastern influences along with byzantine, classical, and rock music elements, and his unique vocal delivery have made him popular not only among the Greek community but also among a broad and diverse multicultural audience around the world.

The Greek Music Ensemble is a Boston-based group committed to the critical interpretation and inspired performance of Greek art music, rebetiko, and Greek traditional music. The group promotes these genres by reimagining and reinterpreting the unique stylistic and technical aspects of the music, achieving highly skilled, elaborate, and inspired performances that showcase the ensemble’s unwavering commitment to Greek music and culture.

From the touching power of the human voice to the sophisticated sound of the ensemble and from century-old songs to contemporary songwriting, this concert turns different times, places, genres, and feelings into an authentic and captivating experience. 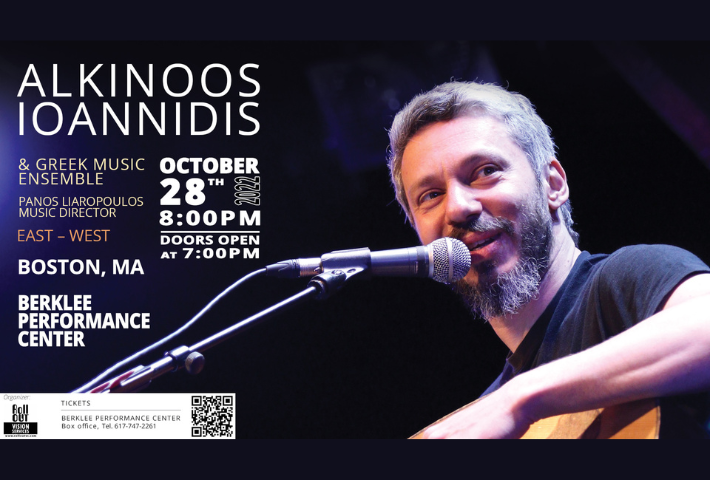